Codeception is a Behavior Driven Development (BDD) testing PHP framework. It aims to provide an original way to write acceptance, functional and unit tests. It uses a scenario approach where you declare what you are doing and what results you expect from your tests. The first post introduces the tool and explains how to write tests with Codeception. A second post digs deeper into the code and shows you how Codeception could be used for unit testing.

Cucumber-JVM is a pure Java implementation of Cucumber, a software testing tool that support Behavior Driven Development with plain text specifications and unobtrusive automation in Ruby. Cucumber-JVM supports Clojure, Groovy, Java, JavaScript (Rhino interpreter), Python (Jython interpreter), Ruby (JRuby interpreter) and Scala. It is now written in a native Java-API, which compiles down to fast JVM bytecode. It enables many JVM capabilities and makes it even easier to integrate with your Java applications. Note from the Editor: we had the regret to realize after publication that there is no sound on this video. We should have tested this before ;o( 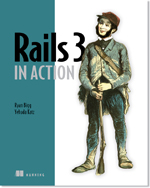 Behavior-driven development (BDD) is similar to test-driven development (TDD), but the tests for BDD are written in an easier-to-understand language so that developers and clients alike can clearly understand what is being tested. In this article based on chapter 2 of Rails 3 in Action, the authors discuss two tools for BDD: RSpec and Cucumber.

This blog post explains how to use Specflow, Moq and Microsoft Unit Testing framework to implement Behavior Driven Development in a .NET context. The author used AAA (Arrange-Act-Assert) and GWT (Given-When-Then) patterns in his code. They are clearly and easily to understand and become standard when you write unit testing and mocking.

This video shows how easy it is to use RSpec 2 when developing Ruby Rack applications.