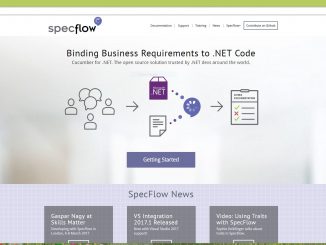 SpecFlow is an open source Behavior-Driven Development (BDD) tool for .NET. SpecFlow uses the official Gherkin parser and supports the .NET framework, Xamarin and Mono. You can use SpecFlow to define, manage and automatically execute human-readable acceptance tests in .NET projects. Writing easily understandable tests is a cornerstone of the BDD paradigm and also helps build up a living documentation of your system. Anton Angelov has created a series of articles dedicated to Specflow that starts with an introduction tutorial. 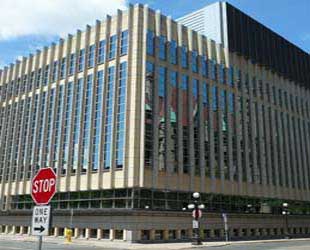 As DevOps is now a new important approach for rapid software delivery, how do you perform software testing in this context of reduced cycle times. In his article, Gopinath C H explains how to perform testing in continuous integration and continuous deployment workflows, providing examples based on the Visual Studio 2015 and Team Foundation Server tools.

In this blog post, Rui Sun and Andre Hamilton explore some Visual Studio 2012 capabilities that will make it easier to test and verify Windows 8 applications. Visual Studio 2012 has a simulator that reduces your need to have physical devices of every form factor at your disposal for testing. You can launch your application in the simulator directly from within the Visual Studio through the debugging action. Then you can interact with your application using the mouse or using simulated touch on your development computer with gestures like swipe, pinch to zoom and rotation. Visual Studio also provides a unit test library project for Windows 8 applications written in C#, VB.net or C++.

This is a series of three posts by Nick Olson about the topic of unit testing your code your when you are writing a javascript client application with a .NET backend. The first post is an introduction that defines the context and presents the tools that will be used. The second post provides the code to test the javascript using KnockoutJS and Qunit. The third post explains how see the javascript unit tests results when you are inside Visual Studio. This is achieved using a browser automation tool walled Watin and a data-driven unit test in C#.

Visual Studio allows you to create automated tests of the user interface (UI) known as coded UI tests. These tests provide functional testing of the UI and validation of UI controls. This article provides test automation guidance that helps you leverage the coded UI features of Visual Studio 2010 to foster a continuous, consistent and standard automation approach. Such an approach allows you to build, deploy and test, taking advantage of Visual Studio Lab Management features, which let automation testers reap the benefits of integrating with the build process for automatic build deployment, executing on VMs and reporting test automation results as part of Microsoft Test Manager (MTM). The article provides also a list of Do’s and Don’ts of UI automation. UI automation can be a tricky business. To help you get the best results, follow the advice, guidance and best practices for writing coded UI tests in the following Do and Don’t lists.