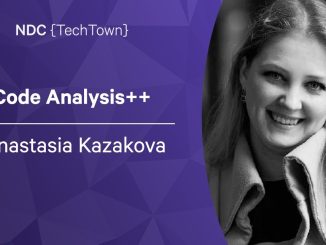 This presentation explores the current capabilities of existing C++ static analyzers and discuss some of the enforcements listed in the C++ Core Guidelines from a toolability aspect. It also looks into the recent “Simplify C++” trend in the language’s evolution. Finally, it explores how technology-specific analysis (like MISRA and AUTOSAR) is being adopted. 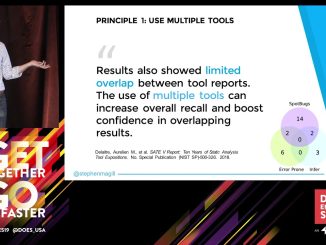 The quality of the JavaScript code is often verified with the traditional activities of unit and functional testing. There are however tools that allow checking code before or during its execution to assess its quality and its adherence to coding standards using a process called code analysis. This article presents a list of open source tools to perform static and dynamic code analysis on JavaScript programs. This presentation reviews recent developments in code analysis as well as the history of static analysis in commercial software and its evolution in the academic world. It provides an overview of the current commercial landscape, and conclude with best practices for organizations looking to bring static analysis into their software development environment and software testing practices. 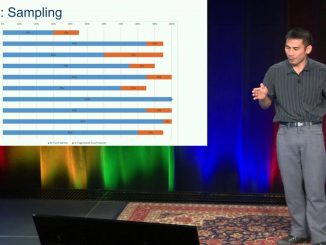 Specializing static analysis techniques for test suites has yielded interesting results. We’ve previously learned that most tests are simple straight-line code, namely a sequence of setup statements followed by a payload consisting of asserts. We show how static analysis can identify useless setup statements, enabling developers to simplify and speed up their test cases.

Static analysis tools have the potential to significantly improve programmer productivity as well as the safety, reliability and efficiency of the code they write. Modern static analysis has moved well beyond the mental model people often have based on “lint”: just finding simple typos. Static analysis can find subtle, complex bugs early, identify opportunities to improve performance, encourage consistent style and appropriate usage of libraries and APIs. 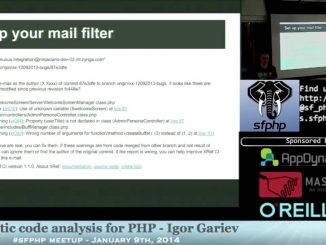 PHP is not the best language to catch errors in code, like mistyped names of variables. This is what static code analysis tools (named linters or lints) can do: find bugs in code before it ever get executed. Linters don’t replace unit tests, but generally they are faster and cheaper to set up. I’ll talk about my XRef lint project (http://xref-lint.net/) as well as other helpful open source alternatives: phplint (http://www.icosaedro.it/phplint/), arcanist (http://phabricator.org/) and scrutinizer (https://scrutinizer-ci.com/).