MachNation, a vendor of test and benchmarking lab for IoT platforms, has announced a major rebranding of its IoT performance testing software as Tempest. MachNation’s industrial and service provider customers are conducting high-scale, rapid testing, so MachNation chose a name for its IoT load testing product that would amplify the way its customers are conducting IoT-specific tests. 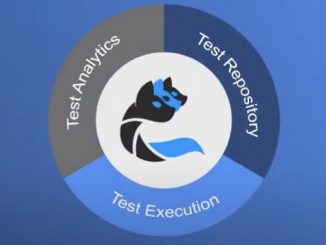 The 4.12 release of the open source Cerberus Testing solution for testing automation at scale is now available with self-healing, OTP, and many more improvements.

Software testing tool company Katalon Inc. has recently raised $27 million in series A funding led by Elephant Venture Capital, according to a filing with the Securities and Exchange Commission. Its main product is Katalon Studio, an IDE to generate automated tests easily.

Copado DevOps platform company has announced a definitive agreement to acquire Qentinel. Designed for both non-technical and code-based developers, Qentinel provides robotic software testing for enterprise software platforms like Oracle, SAP and Microsoft. This acquisition will enable Copado customers to build and deploy the releases with less risk across multiple clouds.

BrowserStack has announced it has secured $200 million in Series B funding at a $4 billion valuation. Founded in 2011, BrowserStack is a privately held company with offices in Dublin, San Francisco, New York, and Mumbai. The round was led by BOND, with participation from Insight Partners and existing investor Accel.

YourBase, a provider of developer productivity solutions that promises software testing acceleration, has emerged from stealth mode with $5 million in seed funding. The round was led by Lightspeed Venture Partners with participation from Unusual Ventures and Fathom Capital.