Articles, tutorials, videos and tools to perform software in a DevOps context like testing in production, continuous delivery, etc. 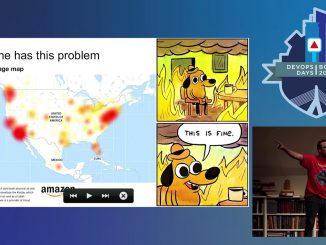 Users care as much about how your service performs as they do what job it helps them accomplish. This is why performance is imperative and performance testing a must. So why do we still see so many 503 errors and slow apps? The answer is empathy, a lack thereof. Performance is the most tangible element of “non-functional” quality criteria we regularly ignore until it’s too late. 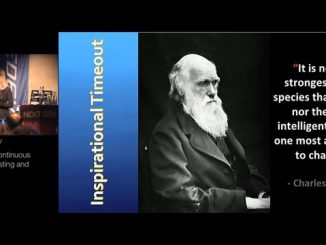 DevOps is based on continuous delivery and anything that breaks the continuity is a bottleneck. While Agile and DevOps have become common terms in Development and Testing organizations, manual build and deployment processes are still causing problems along with integration and testing. 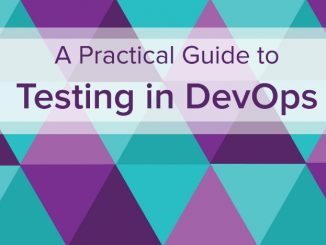 DevOps is currently a trendy approach in software development. The DevOps world mixes the Development and the Operation concepts, but where does software testing find its place in this new approach? This is the topic of the book “Practical Guide to Testing in DevOps” by Katrina Clokie.

In the days of DevOps supported by approaches like continuous deployment, the concepts of continuous testing and test automation are essential to support the speed needed for delivering quickly solutions (and hopefully value) to the users. Some of the big questions in the software testing community are “How much should we automate our tests?” and “What tests should we run?”. The technique of Test Impact Analysis helps to answer to this question. 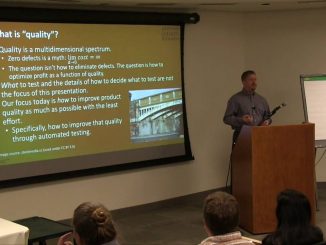 Today’s continuous delivery (CD) pipeline is a collection of many technologies that ensure the highest quality product reaches production. As a new feature moves from concept to production it goes through several phases of testing. However, for the CD pipeline to remain efficient, the bulk of this testing must be automated. Unit tests, load tests, integration tests, and user interface tests all require automation infrastructure. 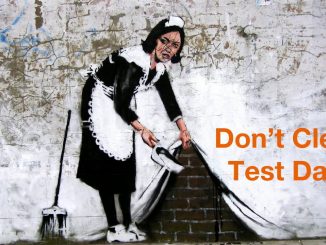 The technical presentation touches on topics such as test automation framework design, hermetic servers, Docker containers, architecture for testability, test environments provisioning, DevOps collaboration, testing when depending on internal and external services, the joys and pitfalls of parallel execution.