API stands for Application Programming Interface and is typically used to ensure smooth communication between different software components. With business applications becoming increasingly complex and distributed, APIs provide the critical connectivity and tie all parts into a well-oiled system.

As APIs have fast become the backbone of programming, API test automation needs to be an indispensable part of a comprehensive QA initiative. API testing focuses on the critical business layer, and underperforming APIs can lead to integration difficulties, poor software quality, and lost revenues as the result. 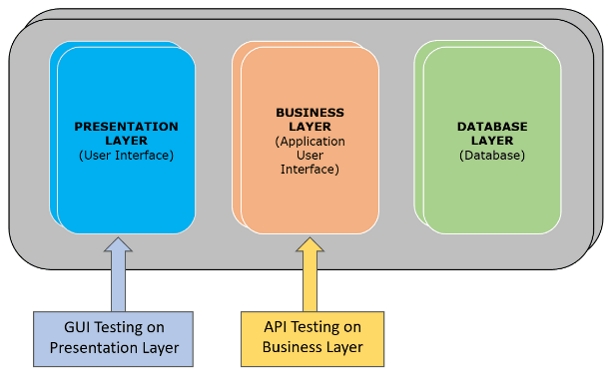 Unlike unit tests, automated API tests are generally broader in scope. While unit tests are focused on limited functionality of components within a single application, problems often arise at the intersection where the scope of one layer ends and the other begins.

You won’t be able to find these issues with unit tests, but API-level tests are specifically designed to verify that all system components function as intended. API testing helps uncover potential defects in the interfaces, servers, and databases, improving the overall software quality and contributing to better user experiences.

Automated API tests provide much faster test results and significantly accelerate development workflows. To start with, API tests do not need to wait for GUI to be ready and can be performed early in the agile development cycle, which helps you speed up the feedback loop and catch issues faster.

Also, API tests are far less time-consuming. Compared to UI tests, automated API tests can be executed in a just fraction of time. For UI-driven tests, much of the execution time is spent on loading and rendering web pages and interface elements, which may not be even needed for the test, like ad banners. One experiment showed that API tests are 35 times faster: it took around 7 minutes to perform a test on the UI level compared to just 12 seconds for an API-level test.

The cost efficiency benefit is closely connected with the previous one. The accelerated execution speed of automated API tests leads to more effective resource consumption and lower overall testing costs.

API tests can be performed as early as the business logic is defined and prior to any GUI testing. And the earlier a bug or problem is found, the less expensive it is to fix it. API testing enables the QA team to detect and resolve issues before they become a problem in production, keeping project costs at bay.

While graphical user interfaces are dynamic and may change to accommodate new requests from users and stakeholders, API interfaces are much more stable. APIs typically come with detailed documentation, and any changes are reflected there so that QA engineers can timely adjust their test suites. And due to this inherent stability, API tests are also easier to maintain.

Another benefit of automated API tests is that they are language-independent. To be transferred over the Internet, data is exchanged in XML and JSON formats, so QA engineers are free to use any programming language that supports these technologies (JavaScript, Java, Ruby, Python, PHP, etc.) independent of the application languages.

Everybody agrees that top software quality can be ensured only through rigorous and comprehensive testing. And automated API testing plays a crucial role in well-designed QA strategy as it enables testing of the most important business layer. API testing also brings a multitude of business benefits like greater test coverage, faster results, reduced costs, and easier maintainability.

Olga Ezzheva is a technical writer at Oxagile, a provider of software engineering and IT consulting services for SMEs and Fortune 500 companies alike. You can reach Olga at olga.ezzheva [at] oxagile.com or connect via LinkedIn.