Test-Driven Development (TDD) has been tattered, torn, twisted, stood on its head, and pounded into an pulp of techno-fetishism. TDD was a game-changer, but the focus in the interceding years has shifted from technique to tools and TDD has been devolving into a lost art.

Successful adoption of unit testing in C++ goes beyond picking a framework: The effectiveness of unit testing is dependent on run-time analysis, static analysis, and other tools to make up the “iron triangle” necessary to get profitable increases in feature velocity and MTBF in the field.

Creating good, effective unit tests in .NET can be harder than it seems. In some cases, the code is designed so that isolating one component from another is easy. However, in most other cases, achieving this isolation is very difficult. First included in Visual Studio 2012, Microsoft Fakes helps you cross this gap.

Unit testing is a basic software testing activity that should be performed by every software developer. This handout produced by the Computer Science department of Stanford University introduces the ideas of unit testing and provides some examples on how to do it with JUnit in Eclipse.

Self-testing code, or code that can evaluate its own health and tell you if it has problems, is the goal of many software teams who spend effort in testing. How can you achieve this goal? Learn the team practices, the types and amount of tests you need in your repertoire, and technical practices to help you get closer to it. 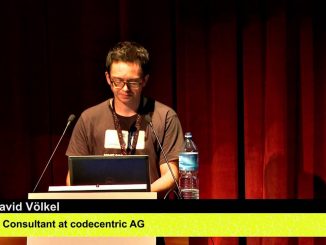 Agile testing and test automation are almost mandatory for projects that demand high quality as well as short release cycles like Scrum. It acts as a safety net in order to protect existing functionality against bugs resulting from unintended side-effects of recent changes. Software developers “in the trenches” often automate their tests but don’t practice strict Test-Driven Development (TDD).