Artificial Intelligence (AI) and Machine Learning technologies are slowly finding a place in many aspects of digital organizations. In this article, Stella Murugesan explains to us what their impact on software testing could be. Automatic test cases creation anyone?

Business organizations and executives are looking forward to enhancing the accuracy as well as reducing the costs in the testing cycles by opting for machine learning and Artificial Intelligence.

We have reached a certain point where the CIOs have begun to explore actively about how to use artificial intelligence in achieving the required digital transformation objectives. With the adoption of Continuous Delivery and DevOps, business organizations are looking for real time risk assessment through different phases of software delivery cycle. 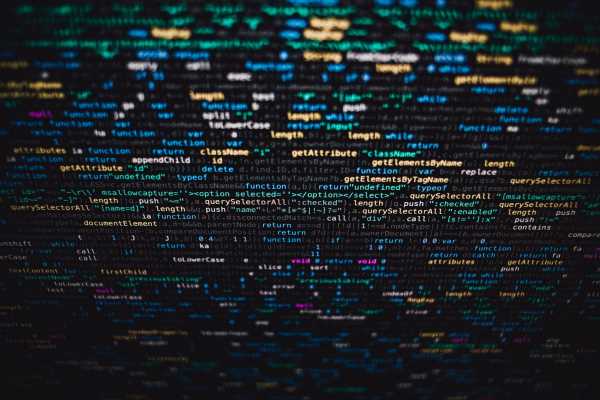 Every day, the software testing company is encountering a wide array of difficulties and an ample amount of time is being wasted in finding the right solution. At the time of making certain addition, there are high chances that the existing code which has gone through the testing process might have stopped to work.

Each time the development team looks forward to expanding the existing code, they require conducting new tests. Though the regression testing cycles might consume an ample amount of time, if you undertake them manually, it might end up overwhelming the Quality assurance engineers.

The software development life-cycle is becoming more complex daily and while the delivery time is much less, testers require imparting the evaluations and feedback to the development teams in no time. With the limited time to test the new software and the release of the product, the testers are left with no other alternative other than to test smarter, in place of hard testing.

Releases which used to occur once every month now occurs every week and the updates are known to be factored in every alternate day. There is no doubt in the fact that Artificial Intelligence is considered to be the key to streamlining the testing of software and making them more efficient or smarter.

With the assimilation of machines which can mimic the behavior of human being meticulously, the software testing services company is known to move pass the traditional and regular route of manual testing models and moving forward progressively towards the precision based and automated consistent testing procedure.

The continuous testing platform which is powered by Artificial Intelligence can recognize different changed controls more effectively, as compared to a human being. As there are consistent updates to the algorithms, you will be capable of finding even the slightest of the changes.

Speaking of automation testing, AI is now used on a wide scale in different object application categorization for different user interfaces. All the recognized controls are known to be categorized when you will be creating tools.

The testers will be able to train the controls which are found commonly in different out-of-the-box setups. As the hierarchy of the controls is observed, the testers can develop a technical map so that the Artificial Intelligence can take a look at the GUI or the Graphical User Interface for obtaining labels for various controls.

While the process of testing involves the verification of different results, it is essential to have access to a wide assortment of test data. GoogleDeepMind has come up with an Artificial Intelligence program where deep reinforcement learning is used for playing video games, thereby producing an ample amount of test data.

Artificial Intelligence will allow the end user to perform the exploratory testing within the specific testing site where the human brain is used for assessing and identification of the applications which are being tested. This will be bringing the users of the business into testing and the customers will be capable of automating the test cases completely.

Here are some features of Artificial Intelligence and Machine Learning worth mentioning for software testing:

You are not going to miss out the recording of detailed results by opting for AI in testing. The testers will become free from the hassles of repetitive manual tests and thus they will be capable of making the best use of their time in crafting new automated software tests and dealing with the sophisticated features.

Can work beyond the limits of the manual testing

It is almost impossible for the Quality Assurance departments to execute the controlled web application test with more than one thousand users. With the aid of automated testing, you will gain success in stimulating a plethora of virtual set of users who will be interacting with the software, network or other web based applications.

An ideal choice for both testers and the developers

Software developers use the shared automated tests on a wide scale for finding the issues effectively, before sending them to Quality Assurance. Tests are going to run automatically every time the changes in the source code will be checked in and notify the developer or the team as they fail. Such features help the developers in saving time and boosting the confidence.

With the automated testing, you will be capable of enhancing the scope of the tests and the overall depth which might lead o a rise in the overall improvement of the quality of software. With Automated software testing, it is possible to have a look into the file contents of the memory, the data tables and the internal program states to determine if the software will behave as expected.

Thus, test automation plays a vital role in executing more than one thousand different test cases in various test run, thereby offering coverage which cannot be achieved by manual tests. Artificial intelligence and machine learning are now becoming the crucial elements of quality assurance. It is also paving the way for competitive positioning and ensuring a better customer experience.

Stella Murugesan is a Content Writer and Digital Marketing Analyst with a demonstrated history of working in the Tech industry. She has written articles on software testing, big data analytics and latest trends in the tech world. She likes to try different cuisines and traveling to new places.