SmartBear has announced the acquisition of Bitbar, a provider of mobile app test automation platform and device cloud. No financial terms were disclosed. Crunchbase puts Bitbar’s value at about $3 million. In the past months, SmartBear already acquired Cucumber Ltd, Hiptest and Zephyr.

The RisingSTAR Award, supported by EuroSTAR Conferences, James Lyndsay and Bart Knaack, was created to stimulate innovation and encourage new ideas in the software testing industry. The RisingSTAR brings together many of the most influential testing minds as a supporting group to help develop winning ideas for the overall benefit of the industry.

The ISTQB (International Software Testing Qualifications Board) General Assembly has approved the new Acceptance Testing –specialist module syllabus for general release. This Acceptance Testing syllabus is joint effort between ISTQB and IQBBA (International Qualification Board for Business Analysis). This syllabus will facilitate the efficiency of acceptance testing through the joint training of business analysts / product owners and testers.

Tricentis announced that it has acquired TestProject, an Israeli company that has developed a test automation platform built on the tow of the leading open source software testing tools: Selenium and Appium.

At the end of June, SmartBear has announced the acquisition of Cucumber Ltd., the company behind the open source software testing automation framework Cucumber. Cucumber is one of the tool the most adopted by the Behavior-Driven Development (BDD) Agile testing community with over 30 million downloads. 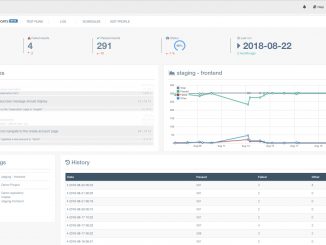 mabl, a provider for machine learning based test automation, announced that it has raised $20M in Series B funding. The round was led by GV (formerly Google Ventures), with participation from existing investors CRV and Amplify Partners. mabl will use the proceeds to accelerate innovation aimed at making it easier to implement and maintain automated testing at Enterprise scale. As part of the investment, mabl will also significantly expand its go-to-market and customer success organizations.