Virtual Reality (VR) can be defined as the use of computer technology to create a simulated environment. This technology has a lot of applications in gaming, architecture or training services with specific devices. This article shares some tips on how to perform software testing on virtual reality software.

Virtual Reality (VR) is today one of the most popular and interesting segment of computer gaming. Thus, at any game industry event, you may see increased an demand for VR headsets and equipment.

About 2-4 years ago, head-mounted displays became an available element on the computer peripheral and software market. Many people want to try these devices, especially children, who can easily “touch” all what they want in their favorite computer game.

In a word, the domain of VR devices is a very attractive and popular trend not only for software developers but also for the field of computer entertainment. There are a lot of requirements and correct testing strategies for the development and testing of virtual reality software. This is the topic of this article. 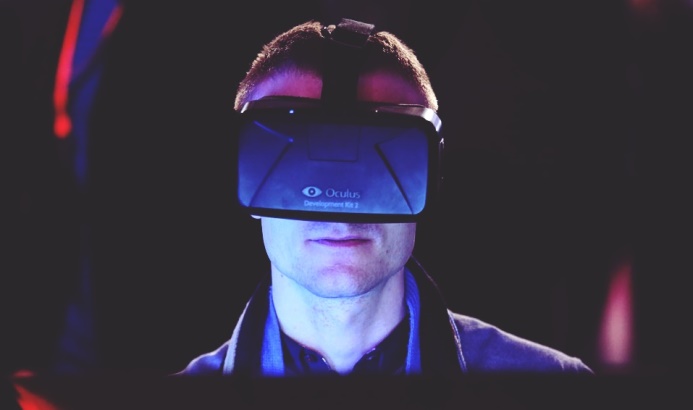 Main peculiarities of correct testing of the VR products

The best way to develop a qualitative and popular product is to minimize the number of bugs and defects. But if we talk specifically about the VR devices domain and game testing services, then defects are a small part of all the things faced by a tester and an end-user as well. Some potential issues that will cause inconvenience to users are hidden much deeper.

Since the VR testing process lies in the fact that a tester does not interact with the local PC directly, it is necessary to analyze all the data in advance on how to quickly and accurately fix defects that will occur when working with the software that is being tested.

Recommendation: before starting the preparatory work on testing, the software tester should ask the developer responsible for the project to implement a combination of keys (movements) in the game or command interface to take screenshots. Thus, QA engineers will save a lot of time, because they will no longer need to constantly go to the PC and see what new bug they managed to record. It may also happen that the tester doesn’t have enough time to run to the PC and the error will have to be reproduced once again. This wastes a lot of extra time.

You can also use some software that is available on Internet, for example, NVIDIA GeForce Experience. This utility allows you to not only take quick screenshots but also to perform video recording with minimum load on the system.

If QA engineers need to test some game software, then most likely, they will have to move a lot (squat, even fall) inside a certain virtual space. But even if all this isn’t necessary, they shouldn’t forget the negative side-effects, which can easily cause the so-called Motion Sickness.

When you are in VR, you should not neglect rest, since the monotonous execution of certain actions within virtual reality can significantly tire you over time. It is recommended to rest for at least 15-20 minutes.

To deal with potential motion sickness, you should ventilate the room often, go for short walks along a street, perform a minimum set of exercises.

Today VR testing specialists actively use two programs that have a different structure but a similar aim: VRMARK and STEAMVR.

This application allows you to run several virtual reality tests at once. Their results will be displayed either on a classic display or a pre-connected VR headset. The results of testing such software allow a QA engineer to understand what PC system requirements the software is suitable for and what power is required for its stable reproduction. This benchmark is increasingly used during game software testing.

The STEAMVR utility allows a tester to measure rendering speed quickly and efficiently on a base on the two-minute demo of Aperture Robot Repair VR.

When the test is completed, the software automatically analyzes whether a computer or other system environment can reproduce the created VR content at a speed of 90 frames per second with the necessary and minimal configurations of visual graphics. If the developed software is too “heavy” for the computer environment, this program will show you what limiting factor won’t allow the use of virtual content on end-user devices — a processor, a video controller, or something else.

Some projects require an independent opinion about the work of a particular function. In this situation, you can’t do without an independent test group. We have identified 10 effective and universal tips for conducting the correct testing of virtual reality products.

A test group should include people who don’t have any experience of interacting and using VR software. Undoubtedly, the majority of the testing group should consist of respondents with a short and long experience, but using only these two categories won’t help you to make a completely independent report.

Involve Digital Immigrants and Digital Natives into the testing process.

The choice of a test group by gender and age plays no role whatsoever.

Find a person who will help respondents not to fall, crash, or trip over any cables while executing test cases.

Remember about personal hygiene and hygiene of VR helmets.

If the tester wears glasses, then he/she can only use a helmet if the glasses’ frame is square.

In the test “job to be done” mode, a person should not give up, or ask the tester about the next step. The entire sequence of the test steps should be explained before the test begins. It is also allowed to use the speaker who will tell the steps of the test.

If necessary, all movements and comments of respondents can be recorded in audio or video formats.

Pay attention to the way the respondent moves.

You should always ask the respondent how he/she feels and whether he/she needs help in something. Such moments not only help to get rid of potential nausea and dizziness after exploring the virtual reality but also identify hard-to-fix types of discomfort such as great light in the eyes or the height of the camera position.

The field of virtual reality testing is a very specific and special work that requires responsibility and a professional approach. The tester is responsible not only for checking the performance of the developed software but also for analyzing the convenience and comfort of using virtual products that will be popular among end-users.