What’s the effect of exploratory software testing on a Team? What effect the practice has on their leader? Shmuel Gershon team experience in user centered Context-Driven projects made them realize that more than technical practice, it calls for change in leadership style and interactions. 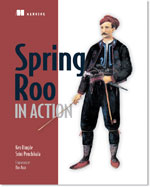 Software tests that look at the system as a black box are extremely valuable. These tests are external to the application and exercise the application as a user would. This article examines how Spring Roo supports web testing using the Selenium automated web testing tool.

Current automated software testing (AST) tools and solutions are still riddled with numerous challenges. This article by Elfriede Dustin discusses the challenges involved in developing a custom automated software testing (AST) framework and provides some tips on how to address such challenges. It summarizes the author’s experience as part of the team that developed the Automated Test and Re-Test (ATRT) tool, now in use throughout Navy programs. Within this article you’ll find automated testing hints that can be useful nuggets as part of any automated testing effort.

Adobe® Shadow is a new inspection and preview tool, currently in a preview release, that allows front-end web developers and designers to work faster and more efficiently by streamlining the preview process, making it easier to customize websites for mobile devices.

Testing is often seen as a surrogate for quality and if you ask a developer what he is doing about quality, “testing” is often the answer. But testing is not about quality. Quality has to be built in, not bolted on, and as such, quality is a developer task. Period. This brings us to fatal flaw number 1: Testers have become a crutch for developers. The less we make them think about testing and the easier we make testing, the less testing they will do.[…] When testing becomes a service that enables developers to not think about it, then they will not think about it. Testing should involve some pain. It should involve some concern on the part of developers. To the extent that we have made testing too easy, we have made developers too lazy. The fact that testing is a separate organization at Google exacerbates this problem. Quality is not only someone else’s problem; it is another organization’s problem. Like my lawn service, the responsible party is easy to identify and easy to blame when something goes wrong. The second fatal flaw is also related to developers and testers separated by organizational boundaries. Testers identify with their role and not their product. Whenever the focus is not on the product, the product suffers. After all, the ultimate purpose of software development is to build a product, not to code a product, not to test a product, not to document a product. Every role an engineer performs is in […]

Manual testing is the best way to find the bugs most likely to bite users badly after a product ships. However, manual testing remains a very ad hoc, aimless process. At a number of companies across the globe, groups of test innovators gathered in think tank settings to create a better way to do manual testing – a way that is more prescriptive, repeatable, and capable of finding the highest quality bugs. The result is a new methodology for exploratory testing based on the concept of tours through the application under test.